When he first joined the team at Griffin & Morris Village Butchers in Berwick (an up-and-coming suburb 40 kilometres south-east of Melbourne) five years ago, chef Yannis Zamudio wasn’t entirely prepared for what the job would entail. “I had been working at EightyOne, a restaurant nearby, and the kitchen revolved around regular rushes and lulls,” Zamudio recalls. “Suddenly, I was put in a position where I could set my own pace over the course of a full workday. And the workload was extremely manageable.”

The butchery’s owners, Kerr Griffin and Steven Morris, probably could have hired Zamudio on a part-time basis and worked him as hard as a restaurant chef. But, as Zamudio explains, the pair were determined that their new recruit be given the time and resources to prepare high-quality food, without exception.

When they enlisted him, Griffin & Morris joined a small but growing group of Australian businesses that are redefining what a butchery can be. Along with outfits such as Victor Churchill in Sydney, Griffin & Morris are positioning themselves as butchers who also sell a range of produce, from croissants to cultured butter.

Zamudio says their obsession with quality was a key reason he took the job. “Having worked with Kerr previously through his supply business, I knew that he was very stringent with the quality that he provides to customers.”

Central to this ethos is the butchery’s commitment to sourcing its produce from trusted, ethical suppliers. Its chicken is free range; its beef and lamb is grass-fed, free range and HGP free; and its pork is raised outdoors in the Otways. When Zamudio came on board, the butchery was already well known for preparing food in-house. Its entire range of smallgoods – including bacon, hams, and roast pork and beef – is prepared and smoked on the premises, along with 18 sausage varieties.

In 2019, Griffin & Morris’s ever-popular smoked ham won first place nationally in the Artisan Boneless category of the Australian PorkMark Ham Awards, and received extensive media coverage. Now, with Zamudio in the kitchen, the shop is developing a reputation as one of southern Melbourne’s best bets for both fresh produce and “Heat and Eat” meals. They also prepare for and cater to a range of local restaurants.

“I’m doing pastries on a daily basis, including pies, pasties and sausage rolls, so everything is
exceptionally fresh,” he says. There’s an ever-changing mix of main meals including lasagne, spanakopita, casseroles and curries, as well as vegetables and salads designed to accompany meat from the butcher’s counter.

“My output is driven entirely by what the cabinets need, which varies depending on so many factors, from the weather to whether seniors have gotten their pensions that day,” Zamudio says. “It’s important to keep a very close eye on what’s selling to ensure nothing sits in the cabinets for long.” Zamudio says it’s immensely satisfying to be part of a business that only sells premium-quality goods. He reckons the meals he prepares combine the convenience of store-bought food with the integrity of home cooking.

And for customers, being able to pick up a complete meal for dinner plus raw ingredients for the week is what makes Griffin & Morris a cut above. 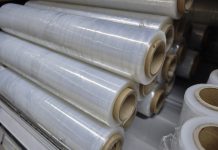 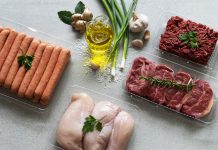 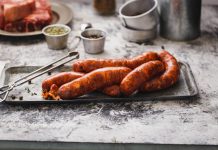