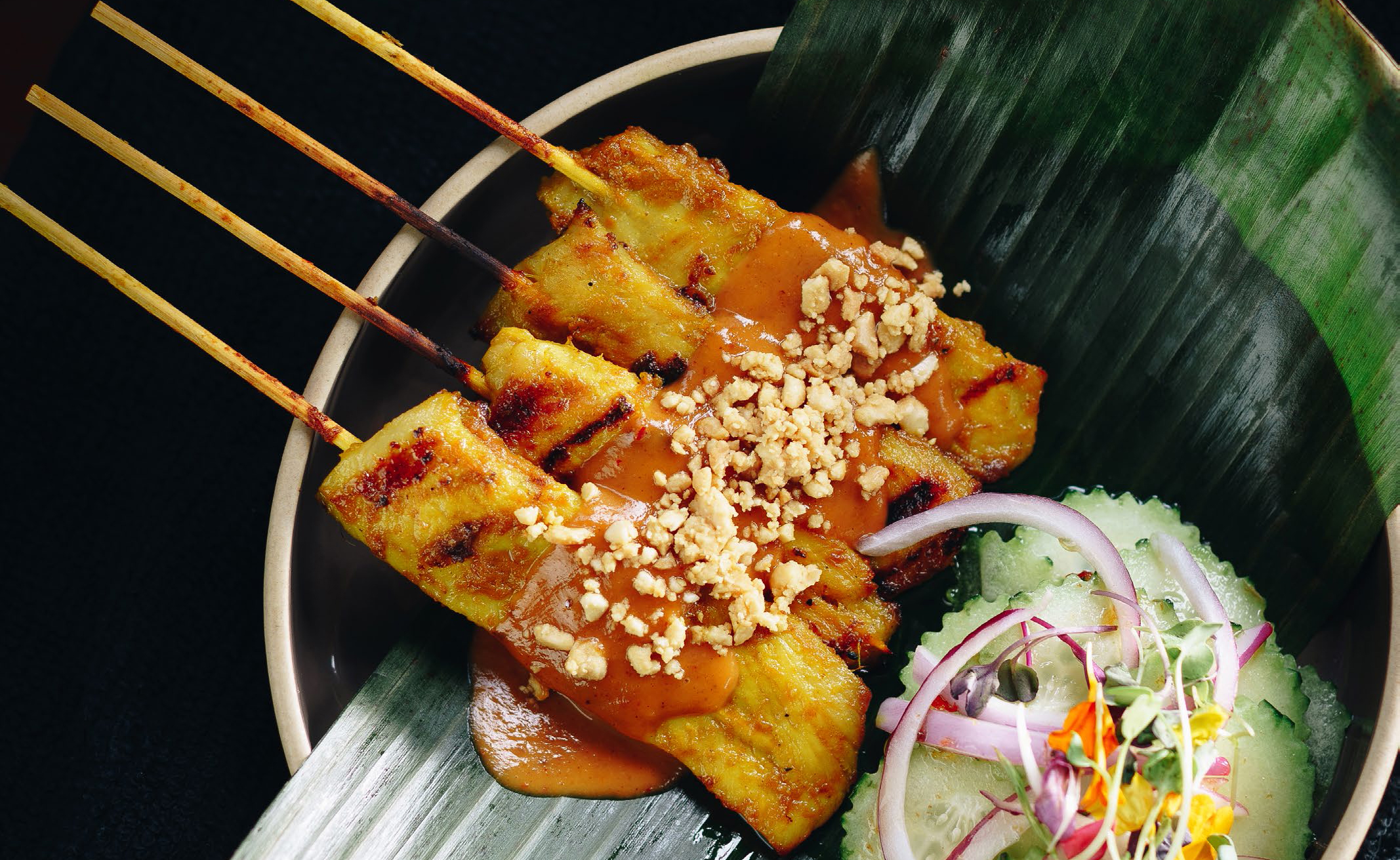 Satay. The delicious peanut sauce can now be found in almost any city around the world. Perfectly paired with grilled meat on skewers and other delicious barbecued and grilled dishes, the sauce is a popular side in Southeast Asian cooking.

According to the Oxford English Dictionary, the word ‘satay’ comes from the Malay word ‘satai’ – with the first recorded use of the word appearing in 1917 describing a satay seller in Singapore known as the ‘Satay Man’. By 1955, the word was being commonly used when referring to this Malay-style of cooking.

The tangy peanut sauce has an interesting history and evolution, that spans across several Asian countries including Malaysia, Singapore and Indonesia.

Introduced by Portuguese and Spanish merchants in the 16th century, peanuts quickly became popular as a side sauce in Southeast Asian cooking thanks to the legumes wide availability and ability to grow well in the tropical climate.

It wasn’t until the 19th century that that the sauce was paired with meat skewers. Street vendors originating from the Indonesian island of Java created meat skewers as an adaptation of the Indian kebab – and pairing them with the popular peanut sauce was a no-brainer.

The combination of meat skewers and satay sauce crossed the Strait of Malacca to become a common dish of the south. Its popularity quickly spreading from the Dutch East Indies (now Indonesia), and along the trading routes as far away as South Africa and The Netherlands.

Since then, many countries have created their own version of satay. Indonesia alone claims 252 different recipes! Similarly, Thailand, Singapore and Malaysia all offer slightly different local versions, as do The Netherlands and Ghana – but all start with that famous peanut base.

International culinary flavours that were once considered exotic are now the everyday. In keeping up with the times, Lesnie’s new satay sauce adds value to your product range and offers your customers an exciting and popular meal option to select.

What Makes a Good Cleaning Cloth?

A Cut Above: Andrew Brightmore