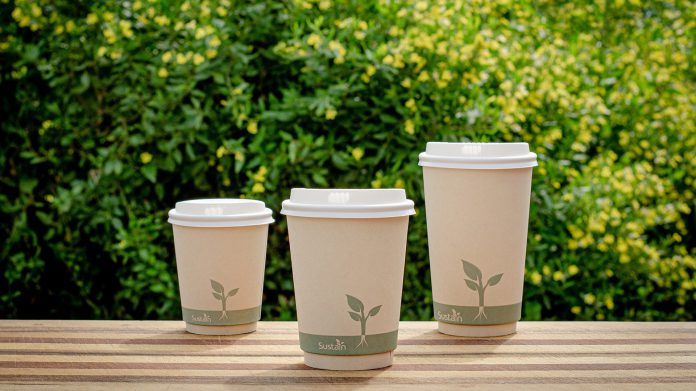 Bamboo is the latest plant we love to love. It’s fast growing, can be harvested without killing the root system, and does not require fertiliser, pesticides or chemical herbicides to promote its growth. As a natural fibre it’s sustainable and biodegradable and is very hard to beat.

The average lifespan of a single-use cup is less than 15 minutes (and Aussies use about 1 billion cups a year!), so for those keen to minimise impact on the environment, Sustain has just released a viable alternative with their new compostable bamboo cup range.

Sustain cups are made from bamboo pulp, and the plant can be harvested approximately every 3-5 years. Harvesting does not kill the plant, so it can continue to regenerate and grow. The grasses produce 30-35% more oxygen than an equivalent stand of plants, plus also absorbs greenhouse gases.

The lining of the cup is made from BioPBS (bio-based polybutylene succinate), which is derived from natural resources. Complementing this, the lid is made from PLA (polylactic acid) which is another type of bioplastic, also derived from plants such as sugarcane and corn. This avoids the use of plastics made from oil (PE) that traditionally prevents leakages in disposable cups.

The Sustain range includes three sizes (8 / 12 / 16 oz) of which all are available in a single or double wall. A single wall cup can keep your drink warm for approximately 20 minutes, while a double wall cup remains light to carry, heat doesn’t transfer out of the cup as easily.

Bamboo cups are not reusable like glass or steel alternatives, however they’re compostable and more environmentally friendly than their biodegradable counterparts. They breakdown into nutrient-rich organic matter.

Sustain cups are compostable in industrial composting facilities under specific conditions. They have been tested to comply with standard EN 13432 which requires at least 90% disintegration after 12 weeks, 90% biodegradation (CO2 evolvement) in six months. The cups also pass requirements on ecotoxicity and heavy metal content testing.

The eco Sustain brand is recognised as a provider of meaningful, sustainable solutions for customer’s food service and packaging needs. Bunzl is the exclusive distributor of the Sustain range of products – which also includes straws, napkins and cutlery.

If you’re keen to try an eco cup, Sustain’s bamboo range is a great choice. 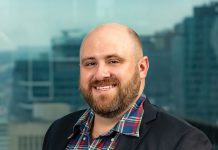 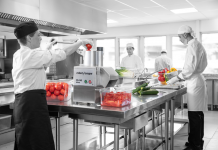 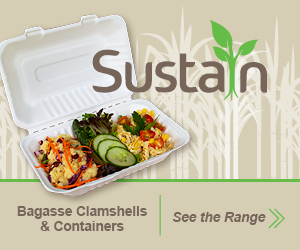